Keeping you informed every step of the way.

We know the process can be confusing and frustrating. That’s why we make it easy to contact us, ask questions, and get fast replies throughout the whole personal injury process.

We represent people who’ve been injured all across the state of Kentucky and nationwide.

My goal is to protect your interests when you’ve been injured. I’m here to answer your questions and keep you informed throughout the whole process—while also fighting to get you the most compensation I possible can.

If you need help, contact me and I’ll meet with you one-on-one to discuss what happened to you, answer any questions you have, and explain how we can help.

Throughout the process you can contact us in whatever way is most convenient for you. Call, text, live chat, or email.

We'll get back to you fast whenever you have questions or need updates so you don't feel like you're in the dark the whole time.

We only get paid if you win. We're incentivized to fight for you and get you the maximum compensation we can.

We help identify all potential sources of damages (including medical bills as part of your claim) & pursue the maximum compensation you deserve.
Learn More

No matter the type of accident you're involved in you may be eligible for more compensation than you realize.
Learn More

We will investigate the details of your accident thoroughly and build a case aimed at maximum compensation.
Learn More

Motorcycle accidents are particularly dangerous and you may be eligible for more compensation than you realize.
Learn More

If you believe that an elderly loved one has suffered neglect in a nursing home, call our firm right away.
Learn More

We help identify all potential sources of damages (including medical bills as part of your claim) & pursue the maximum compensation you deserve.
Learn More

No matter the type of accident you're involved in you may be eligible for more compensation than you realize.
Learn More

We will investigate the details of your accident thoroughly and build a case aimed at maximum compensation.
Learn More

Motorcycle accidents are particularly dangerous and you may be eligible for more compensation than you realize.
Learn More

Losing someone is never easy. We'll help you get compensation from the parties responsible.
Learn More

We put our trust in medical professionals to treat us. When they fail, we're here to help make things right.
Learn More

We'll help you hold those who were negligent accountable as you recover from your injury.
Learn More

Get compensation if you've been injured due to an irresponsible dog or animal owner.
Learn More

If you believe that an elderly loved one has suffered neglect in a nursing home, call our firm right away.
Learn More

Get My Free Case Evaluation

Louisville Personal Injury Lawyer Near You

Serving the Entire State of Kentucky

If you’ve been injured, you probably aren’t sure what your options are or where to begin. We help people level the playing field, advising them on their rights and fighting to get them the maximum compensation they deserve.

No matter how big or small the injury is, give us a call to find out what options you have available.

LOOKING FOR A RELIABLE & DEDICATED Partner?

Devoted to the People of Louisville, Kentucky

Dedicated to representing injured individuals or accident victims who want an attorney who cares about their best interests and will talk to them one-on-one.

We’ll always pursue the maximum compensation you deserve. Don’t settle for anyone who would do less.

Get Your Questions Answered and the Help You Need 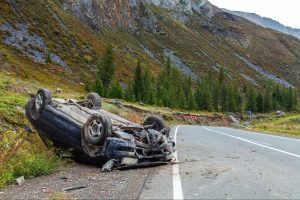 How Long After a Car Accident Can You File an Insurance Claim? 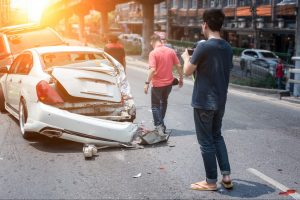 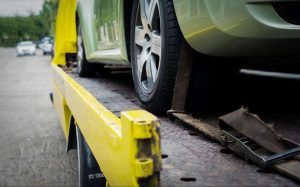 An Overview of the Auto Accident Settlement Process 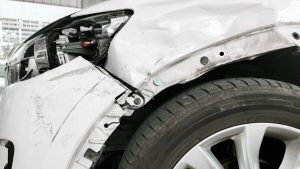 When Should You File a Car Accident Claim and What Can You Recover? A Guide to Kentucky Auto Accident Laws

Personal injury law in Louisville, Kentucky covers several types of claims. These claims can be grouped under two broad categories:

While different, these two categories are based on the principle that you should not have to bear the cost of injuries that were not your fault. Here is an overview of the two forms of personal injury claims in Louisville, Kentucky.

However, when someone is injured through no fault of their own, they’ll most likely be subjected to overwhelming medical bills, missed work, and in some cases, lifelong disability. There’s nothing frivolous about wanting to hold the responsible party accountable. Negligence claims can include:

People injured in vehicle accidents have an uphill battle to avoid dealing with the pain and potential financial loss caused by others. Motor vehicle insurance is mandatory in Kentucky, however, Kentucky is a no-fault auto insurance state. This means that the first battle for anyone injured in a vehicle accident is against their own insurance company.

We represent clients seeking a fair settlement from their insurance companies. When the insurance company tries to avoid its responsibility, as it often will, we will be there to overcome any low-ball settlement offers and claim denials.

Additionally, when injuries meet defined thresholds, Kentucky allows injured people to sue the driver who caused the accident. A lawsuit may provide the only path to ensure fair compensation for serious auto accidents, motorcycle crashes, accidents involving semi-trucks, and more. Knowing whether or not this is an option is something you can easily find out by calling our office.

Medical malpractice occurs when medical care fails to meet the most basic, reasonable standards. When you entrust your health to a doctor, nurse, hospital, or other medical providers, you expect a certain level of competence.

A claim for medical malpractice may exist when a patient is injured or dies due to a medical provider’s failure to provide the type and level of medical care that would reasonably be expected under the circumstances.

This can be an inconvenience to the patient in medical malpractice cases because they have existing medical problems. As a result, medical providers may attribute any complications to the patient’s health condition rather than their own malfeasance.

Therefore, any suspicion of medical malpractice needs to be acted on quickly by seeking out a medical malpractice lawyer. Speaking with us can help you uncover evidence that medical problems worsened under the care of the provider and provide you with a trusted ally in your corner.

Premises liability applies to more than just “slip and fall” injuries. Premises liability determines when a property owner or lessor is responsible for injuries that occur on his or her property due to known or easily discoverable hazards.

Examples of owner or manager negligence to either fix a problem or warn guests of it to include the following:

We can help when you or someone you care about gets injured because someone failed to exercise reasonable care on their property.

There have been many billion-dollar class-action lawsuits against product manufacturers and environmental polluters for the scores of people they have injured. These bad actors put profit over people. They include insulation manufacturers who produced asbestos products and cigarette companies that concealed the scientific evidence of the dangers of smoking.

Personal injury lawyers on the front lines of these cases battle against the richest corporations in the world and their armies of lawyers. When we handle cases such as these at David Bryant Law, we look for evidence of causation and manage hundreds of client files. We believe these businesses must take responsibility for the injuries their products have caused in Kentucky and across the country.

Personal injury claims can arise from ordinary negligence without fitting cleanly into any of the typical categories. For example, someone injured by a prank at work might have a claim against both the prankster and the employer for inadequate supervision.

When unusual situations arise, it is our job to listen to your story and counsel you based on our experience with negligence cases. We understand Kentucky case law and can advise you on what might or might not support a lawsuit.

Personal injury isn’t caused by negligence alone – despite what many may think. Some personal injuries are deliberate. People who have been intentionally harmed are not limited to the criminal justice system when it comes to seeking justice.

We live in a very different time today than just a few years ago. Sexual assault survivors are no longer intimidated by fear and shame. They are facing the people who victimized them and seeking compensation for the long-term harm they suffered.

Sexual assault can cause physical, mental, and emotional damages that may never go away. The cost of counseling and psychological treatment alone might run into the tens of thousands of dollars.

Fortunately, perpetrators of sexual assault can be held responsible for the harm they caused. Moreover, enablers, such as schools, churches, and employers, can also be held responsible if they knew or should have known and yet failed to stop the sexual abuse.

We know this can be difficult to talk about—but we’re here to listen, thoroughly investigate the facts of your Louisville sexual assault case, and provide an aggressive legal strategy to help in these difficult cases.

Elder abuse may involve intentional violence toward nursing home residents. This can also include neglect by medical and non-medical nursing home staff. Often, a senior citizen subjected to injurious behavior can’t manage a lawsuit by themselves due to poor physical or mental health.

Our firm will do the heavy lifting for you to uncover evidence of nursing home abuse and wrongdoing. We may need to interview other residents and depose staff and administrators at the nursing home to piece together what happened. The gathered evidence is then used at trial or in settlement negotiations to seek a fair result for the victim.

These claims arise when someone dies because of someone else’s negligent or intentional actions. These situations can overlap with other types of claims. Someone can die due to medical malpractice, toxic exposure, or a car accident. There are circumstances, however, in which wrongful death falls outside the scope of other types of claims.

For example, deliberate criminal acts can form the basis of a wrongful death lawsuit. If someone dies in a bar fight, a lawsuit for wrongful death may be brought against the person responsible for the assault. The bar may also be held responsible if it was negligent before, during, or after the fight.

Wrongful death claims can also be brought against someone who was a “proximate cause” of the death, even if that person was not solely responsible. Suppose a driver dies in a motor vehicle accident because debris flying out of a dump truck broke the driver’s window. The driver slammed on their brakes but their tire tread separated and caused a rollover. In this example, both the operator of the dump truck and the manufacturer of the tire might be proximate causes of the death. As such, both may be sued.

Have Questions and Need Answers?