Do truck drivers do drugs? Yes. The vast majority of traffic accidents are preventable, and often happen because truck drivers self-medicate with illegal drugs. Drug use behind the wheel of a large truck is illegal and extremely dangerous, and happens far more often than you might think.

The damage caused by a truck accident usually far exceeds that of a car accident. A truck’s large size and weight can overpower a smaller vehicle in a collision, inflicting severe and fatal injuries.

In this blog post, we explore the links between drug abuse and accidents.

Whether you are a motorist or a commercial truck driver, we hope the following information about working in the trucking industry, the drugs commonly abused by drivers, and the rules and regulations barring professional drivers from using drugs may help you avoid causing or falling victim to a truck accident.

Why do Truck Drivers do Drugs? The Role of Long Hours and Deadlines

Truck drivers haul over 70 percent of the freight transported throughout the United States each year. They play an essential role in the American economy, but that benefit comes at a significant cost to truckers and the public in the form of poor health and accident risks.

The highly-competitive trucking industry places extreme demands on its workers.

As a result of their long shifts, many professional drivers get insufficient and poor-quality sleep.

As a group, professional drivers skew older and in poorer health than the working population as a whole. They are also currently in short-supply; a labor shortage in the industry has placed more demands than ever on qualified drivers.

Many drivers do not have the time, energy, or opportunity to visit a doctor regularly. In fact, a significant proportion of semi drivers do not even carry health insurance.

Instead, to combat health problems, fatigue, and suboptimal working conditions, they fall into patterns of consuming legal and illegal drugs, with minimal if any oversight by health professionals, just to feel well-enough to drive, to stay awake behind the wheel, and to help them get to sleep at odd-hours.

Truck drivers turn to a variety of drugs, legal and illegal, to keep themselves on the road and on-schedule and most have side effects that can cause impairment. They include: They include:

This is far-from a comprehensive list, but it gives you an idea of the range of drugs truckers often have in their systems.

Many of the drugs listed above are legal to use (with or without a prescription), but may nevertheless cause dangerous side-effects that impair driving ability when used incorrectly, in excess, or in combination with other substances.

The Impact Drug Use Has on Truck Accidents

Drugs that impair a driver’s ability increase the risk of accidents. Impairment encompasses a broad range of deficits in driving skill.

Some specific ways substance abuse can hamper a semi driver’s ability to stay safe on the road include:

Depressants, such as marijuana and opioids, can slow a person’s reactions to external stimuli.

To drive safely, commercial drivers must stay alert to dangers and have the ability to react quickly. Even a slight impairment of that ability can lead to a deadly accident.

Stimulants, such as amphetamines and energy drinks, can increase impulsivity, distort the driver’s perception of his own abilities, and suppress inhibition, all of which can lead to them taking dangerous risks behind the wheel.

Someone who is impaired by stimulants will tend to drive too fast for road conditions and engage in other aggressive driving behavior, which can easily lead to a catastrophic accident.

Heightened Risk of a Medical Emergency

Any drug taken incorrectly or without regard to its potential side effects or interactions with other drugs or substances can cause serious health complications.

Drivers who take stimulants behind the wheel put themselves at heightened risk of a heart attack or stroke. Drivers who abuse depressants or misuse common prescription medications for diabetes or blood pressure risk losing consciousness while driving.

Any health emergency in the cab of a moving truck poses an extreme danger of causing a crash.

Truckers commonly go without quality sleep, which puts them at risk of driving while impaired by their own fatigue during longer trips.

Taking any kind of drug, stimulant or depressant, can make the driver even more prone to suffering from dangerous drowsiness behind the wheel. Running another car off the road is a risk semi-truck drivers face if they doze off and begin to veer off into the other lane.

Stimulants give drivers a false sense of security; when their effects subside, the driver will feel even more tired than ever. Depressants merely compound the effects of feeling tired from lack of quality sleep.

The Federal Motor Carrier Safety Administration (FMCSA) warns that drivers who go without sleep for 18 hours – let alone take drugs – suffer the same level of impairment as a drunk driver with a 0.08 blood alcohol level.

Drug abuse has the potential to impact every aspect of a truck driver’s life. CDL drivers who test positive for using drugs that impair driving ability face potentially serious consequences that include:

In most states, drugged driving gets treated the same way as drunk driving, and truck drivers are held to an even stricter standard than drivers in other motor vehicles.

Federal law requires trucking companies to pull drivers who fail a drug test from any safety-sensitive duties, including driving. Sometimes they don’t and this exposes them to a liability lawsuit.

Drivers must go through a specific return-to-duty program mandated by the Department of Transportation (DOT) before they can drive again.

Employers have no obligation to allow drivers who go through a return-to-duty process back on the road. They may, instead, simply choose to fire the trucker if the drug test results come back positive.

Not only do those who use drugs risk losing their jobs, but their drug test failure remains on their record, making it more difficult to secure employment in the future.

Driving drugged is illegal. A driver who takes the wheel while impaired by any substance risks arrest and criminal charges that can lead to fines and imprisonment.

Truck drivers who use drugs risk causing an accident that harms them and others. Drivers often suffer severe and fatal injuries when their rigs crash, and they also inflict severe injuries on the occupants of other vehicles.

The threat of job loss, shame from using drugs, and guilt when accidents occur are a few of the reasons many commercial drivers who use drugs also struggle with mental health issues.

This poor mental health can lead to a self-reinforcement spiral of drug abuse, as the drug user self-medicates to “feel better,” only to sink deeper into a dangerous and destructive mental state.

The FMCSA, a part of the federal government’s United States Department of Transportation (DOT) tasked with regulating the trucking industry, specifically employers of commercial drivers and those who hold commercial driver’s licenses (CDLs). The FMCSA makes rules, implements them, and monitors enforcement by state agencies.

FMCSA regulations regarding drug use by truck drivers mostly revolve around drug testing. Requirements for trucking companies and drivers include:

Truck accidents inflict widespread damage and trauma. Obtaining compensation for victims takes the skill and experience of a seasoned seasoned attorney specializing in these accidents.

If you suffered injuries or lost a loved one in an accident with a truck driven by drug-impaired driver, you may have significant rights to obtain financial compensation through taking legal action.

The skilled truck accident attorneys at David Bryant Law advocate for truck accident victims and their families to get them the compensation they deserve. Contact us today online or at 502-540-1221 for a free case evaluation. 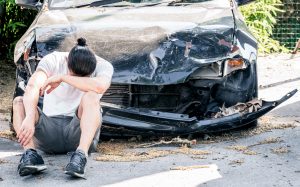 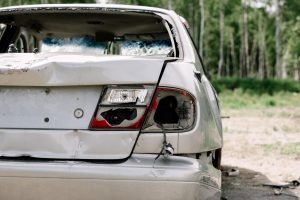 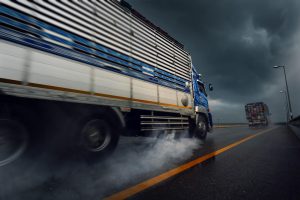 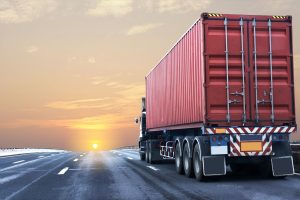 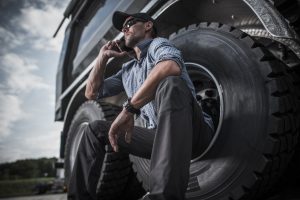