Updated: July 2021 — Attorney David Bryant announces he is joining a team of attorneys fighting to obtain fair compensation for a former federal inmate whose rights were grossly violated while incarcerated at the Lexington Federal Medical Center.

This case is the first of 3 separate sexual abuse and harassment cases that attorney David Bryant and other attorneys on the team have filed or are planning to file. All three of these cases involve Lexington FMC inmates who allege harassment, abuse, or rape during their confinement.

The plaintiff, whose name is confidential at this time, alleges that Officer Brian Christopher Goodwin began sexually harassing her first by making inappropriate comments and then by inappropriate touching.

The lawsuit alleges that Goodwin forced the plaintiff into a storage room while she was on work duty and he was supervising the crew in September of 2019. Despite her attempts to escape, Goodwin then raped her.

In January of 2020 the woman reported the attack to a staff psychologist at the facility and was interviewed by FBI investigators. She was temporarily moved to the Fayette County Detention Center and Officer Goodwin was transferred to a different department.

She was then moved back to the Federal Medical Center despite the fact that the officer she accused was still working there.

The woman initially filed an administrative claim with the Federal Bureau of Prisons in August of 2020, but the Bureau did not respond to the complaint. Her administrative claim is now considered closed leaving no option but to file a civil case against Officer Goodwin and the US Government.

According to the lawsuit, upon her return to the FMC, guards retaliated against the victim for reporting the attack. She was later transferred to a different federal prison in West Virginia—more than 7 hours of travel time away from her family.

The distance from her family made it impossible for her children to visit the new facility and, as a result of the attack, the lawsuit alleges that she now suffers from depression and PTSD in addition to her physical and emotional injuries. The plaintiff is seeking compensatory and punitive damages for the injuries that she suffered.

The complaint accuses Goodwin of assault and violating the victim’s 8th amendment rights to protection against cruel and unusual punishment. The United States is accused of negligence for failing to prevent the alleged assault as the administrator of the Federal Bureau of Prisons.

The 3rd case against an employee at the Lexington FMC has now been filed. The 2nd and 3rd cases both deal with allegations of sexual assault by the same former prison employee.

The 3rd lawsuit accuses Hosea Lee, who was a Residential Drug Abuse Program (RDAP) instructor at the time, of abusing his position of power to coerce a female inmate into performing oral sex on him for nearly a year.

The lawsuit also alleges that Lee used his power over the plaintiff to keep her from alerting other guards at the prison of what was happening.

RDAP instructors have a significant amount of power over inmates in federal facilities. Completing the program may mean time off an inmate’s sentence and an early release from incarceration.

The lawsuit alleges that the plaintiff did not speak out about Lee’s actions because she was afraid that Lee would fail her in the RDAP program and jeopardize her chance at an early release.

The 1st sexual assault lawsuit against Lee—and the 2nd filed against a Lexington FMC employee—contains similar allegations about Lee’s conduct as a RDAP instructor. Both plaintiffs’ lawsuits allege that they contracted a sexually transmitted disease as a result of Lee’s assaults.

As of May 2021, Lee is no longer an employee with the Bureau of Prisons and the BOP has stated that it will not comment on pending lawsuits. In regards to the 1st case filed against Lee, the defendant has denied the allegations against him but has not yet released a statement about the 2nd case he now faces.

Brian Godwin, the defendant in the 1st lawsuit filed, has announced that he will be representing himself in his case. He has written in response to the lawsuit that he will be invoking his 5th Amendment rights and that he “neither admits nor denies the allegation”.

After the filing of the 2nd lawsuit, plaintiff’s attorney David Bryant said that “Sexual misconduct in our nation’s prisons is not limited to one bad actor or one specific facility. Female inmates are especially vulnerable to sexual abuse… We intend to hold these bad actors responsible for the harm they have caused.” 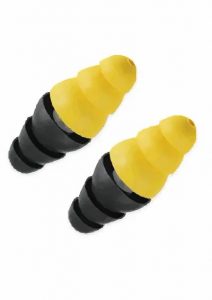